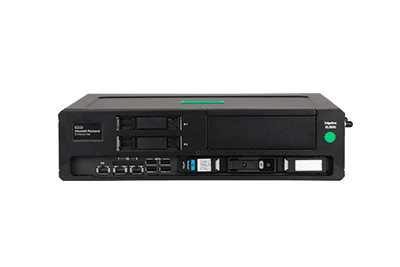 HPE has two platforms to choose from the HPE EdgeLine EL1000 Converged Edge System and the higher capacity EL4000 both of which support server cartridges for the actual processing. These Edgeline systems feature a rugged chassis providing greater resistance to shock, vibration, and high temperatures. It’s ideal for remote locations like power grids, oil rigs, windmills, and maybe even those remote bases in the arctic that use the Internet of Things to monitor moment to moment fluctuations and changes in the ice sheet. Edge platforms have traditionally been underpowered without the processing power, memory or storage to process on site and depended on proprietary routers or switches. HPE’s new Edgeline platforms offer server-grade processing, memory, and storage to tackle the most demanding tasks. They are validated by major software manufactures like Microsoft, SAP HANA, Centrix ZenApp and ZenDesktop, among others, to provide the same experience one would expect from not so remote locations. The single idea behind these platforms is to increase data processing speed and provide users with the data they need to respond faster. 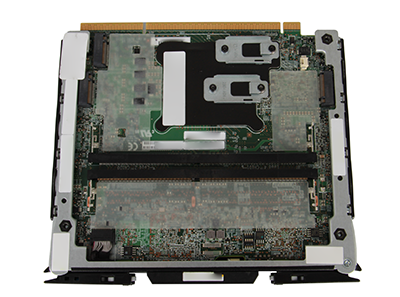 HPE ProLiant m510 Server cartridge is a compute workhorse designed to enhance the performance of applications used for analytics, machine learning, and extreme user density application delivery when installed in HPE Moonshot or HPE Edgeline Systems. The ProLiant m510 Server cartridge has either one Intel Xeon D-1548 (8-core) or a Xeon D-1587 (16-core) CPU supporting up to 128GB of ECC memory, dual 10Gb Ethernet, and storage provided by one or two 1TB NVMe M.2 flash storage modules, plus one 240GB SATA M.2 for local OS booting. 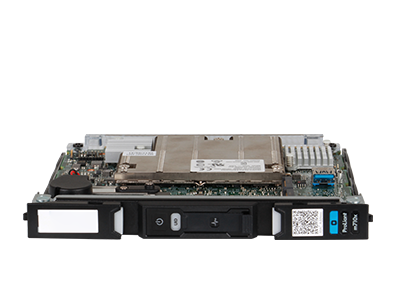 Storage is not an issue for the HPE EL1000 server cartridge. Two 2.5-inch SFF hot-plug SATA drives can be installed for up to 4TB of total storage capacity. Depending on your choice of server cartridge, you’ll get support for three to five SATA or NVMe M.2 SSDs for blazing fast storage. Access to additional external storage is via PCIe add-in cards.

Memory is also provided on the compute sled, which can be outfitted with up to 128GB of DDR4 RDIMM memory modules operating at 2133MHz. In contrast, the HPE ProLiant m710x also supports up to 128GB of DDR4 memory modules operating at speeds to up to 2133MHz. The Xeon E3-1585L processor supported on the m710x compute cartridge features integrated Intel Iris Pro P580 Graphics with 128MB of embedded DRAM. 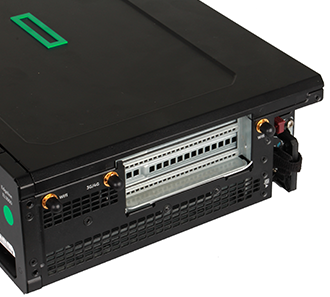 The HPE EdgeLine EL1000 server cartridge supports two full-height, half-length PCIe x8 card slots, that can support up to 50W each or you can install two PXI/PXIe modules. There are also several I/O PCIe card options to choose from, including Bluetooth, WiFi, 3G/LTE WAN, and 10GbE, to name a few. The system also has two internal Mini-PCIe slots with associated SIM sockets. Two 1Gb (RJ45) ethernet ports, a dedicated 1GbE port to access HPE’s integrated Lights Out management module (iLO), and a total of four USB 3.0 ports are located on the front of the system for easy access.

A study by Gartner indicates less that 10% of data is being analyzed in remote locations, and this number is expected to grow to 75% by 2022. HPE hopes to take advantage of this increased “Edge” productivity with the HPE EdgeLine EL1000 and EL4000 Converged Edge System. These Edge platforms also provide greater security, and cost just by doing the processing at the “edge”, and by edge they mean the edge of civilization in some cases…