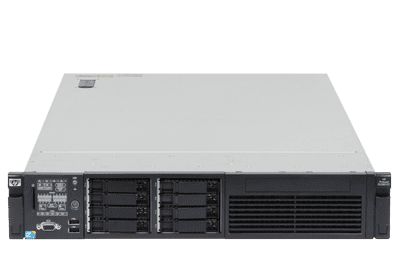 Up to sixteen SFF SAS hot plug drive bays are supported on this system, but this configuration does not support an optional optical drive bay. In addition, another Smart Array or Smart SAS expander PCIe card will need to be installed to manage the second HD tray. In a single processor configuration, the system supports a maximum of eight SFF SAS hot plug drive bays with the option to add a slimline optical drive bay. A maximum internal storage capacity of 24TB is provided with a six LFF drive bay tray, but this configuration does not support the optical drive. 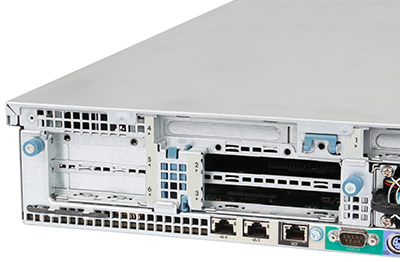 A single riser can support three PCIe slots and a second riser can be added with three additional slots to support a maximum of six expansion slots. Both the primary and secondary risers have options with a mix of PCIe and PCI-X slots.

HPE’s iLO 3.0 controller provides virtual media services three times faster than the iLO 2.0 controller, and remote management is now eight times faster than before. This system offers a variety of advanced management tools, such as video playback and power management features, with the purchase of an upgraded license. Detailed reports on asset management and server operations are displayed on a smart browser interface with HPE’s Insight Control software to simplify server management.