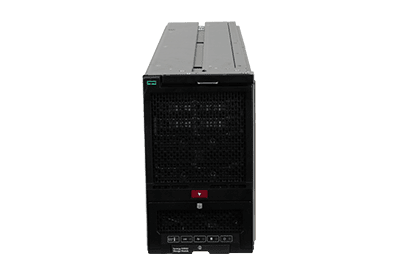 The HPE Synergy D3940 Storage Module provides a pool of storage resources that can be configured or direct attached storage (DAS) or a storage area network (SAN) depending on your business needs. Compute and storage modules are housed in the HPE Synergy 12000 Frame, which provides redundant power, fans, management, and I/O. Storage modules connect to the compute modules within the Frame through a 12GB SAS connection. 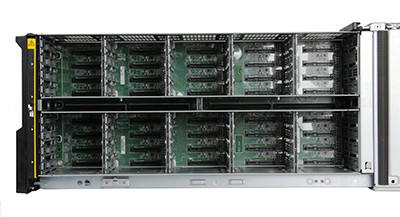 Compute and memory resources on the Synergy 12000 Frame are provided Gen9 and Gen10 compute modules offering dual and quad-processor platforms to support several different workloads and operating systems in the same chassis. Changes such as updating firmware are automatically implemented by the Synergy 12000 Frame OneView management software delivering real-time compliance.

Memory is provided by the supported Synergy compute modules that are supported in the HPE Synergy 12000 frame. 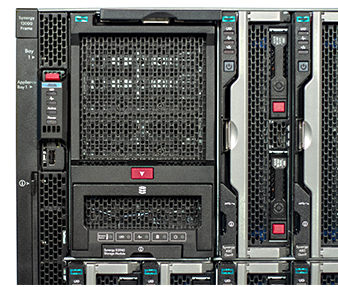 The 10U HPE Synergy 12000 Frame provides power, cooling, management, and networking. Several different supported Synergy compute and storage modules provide the compute, memory, and storage. Supported configurations include up to 12 half-height, 6 full-height, and half-height double-wide, with configurations that also include a combination of these modules depending on your networking needs. HPE’s OneView software gathers all the hardware resources, each of which supports an integrated Lights Out module, as virtual assets that can then be distributed to accommodate specific workloads—very rapidly. This system is also highly redundant ensuring high-availability of system resources. The composability of the system refers to how the virtual assets can be easily assembled to support other workloads, or quickly allocated to support other applications or environments. Single Frame configurations may be used for Development and Proof of Concept (POC) environments but are not supported for use in Production environments. Production environments require a minimum of three Synergy frames with two Synergy Composers and two Synergy Image Streamers. Three Frames is considered a minimal configuration and requires two Interconnect Modules, two transceivers, and four cables for operation. Included with the D3940, StoreVirtual VSA software which provides advanced data services giving you the benefits and resiliency of shared storage within the enclosure without purchasing additional storage hardware. The storage module provides additional storage for both the compute modules present in the host Frame and can also be accessed by other Frames and connected enclosures. Compatible compute modules include:

The HPE Synergy D3940 Storage Module is managed by the HPE Synergy 12000 Frame enclosure, which uses OneView software to create pools of storage resources that can be composed, deployed and provisioned simply, and very rapidly. Templates and profiles developed for specific workloads are included with OneView providing greater agility when provisioning compute, memory, storage, and fabric resources.

With its massive storage capacity and reliable capabilities, the HPE Synergy D3940 Storage Module is the perfect way to store your data using HPE’s Synergy 12000 Frame.

Compatible with the HPE Synergy 12000 Frame

Any drive or logical drive can be composed with any compute module in the frame.